Learners Are Leaders Lives by Example with Summer Camp Pivot

On August 7, the last day of the Learners Are Leaders virtual summer leadership camp, Dr. Brandy West watched as her learners exchanged phone numbers and email addresses so they could stay in touch. They even asked if she could keep their regular Zoom calls going.

For West, it was a gratifying moment — and one that almost didn’t happen. Fortunately, she took her own advice to educators to heart: “You are more creative than you think you are.”

But months before, as the COVID-19 pandemic hit Dallas, West and her team had decided not to hold the three-week summer camp, which was originally slated to take place at Mountain View College. “I met with my team, my teachers, and I was like, ‘We can’t do camp because everything is on hold,’” West said. “There was uncertainty about a whole lot of things.”

But when Dallas City of Learning reached out to let Learners Are Leaders know they would be receiving the grant money they had applied for, the team regrouped and began to rethink their decision. West attended several Lunch & Learn sessions with Dallas City of Learning, which challenged her to think outside the box and get creative with pivoting programming.

The classes also gave her a framework and template she could apply to her program. “[The camp] would not have happened with Dallas City of Learning,” West said, “so I am eternally grateful for the help and the resources that they provided to help us move forward.” 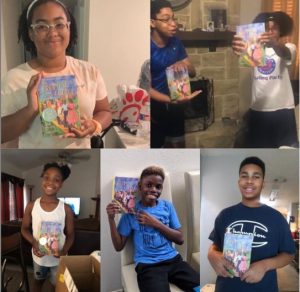 After that, things aligned quickly, and over the course of two weeks, the virtual summer camp came to life. Learners Are Leaders programming has a five-point focus, which changed slightly this summer to incorporate more social and emotional learning.

Along with that addition, the other focus points included social justice, academic enrichment, movement and leadership. For West, marrying together leadership and social justice was particularly important. “A lot of the kiddos had talked about some of the things they had seen in the news or they heard their parents talking about,” she said. “It’s not just ‘What is it that I’m seeing?’ but ‘What is it that I can do as a kid?’ I want them to know as youth: ‘You guys can make a difference.’” 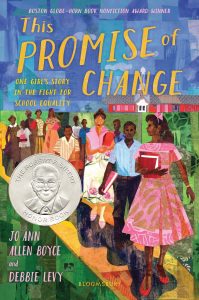 Many of the projects centered around the camp’s book study. Each learner received a copy of This Promise of Change, a memoir written in free verse about the author’s experience as one of 12 Black students who integrated the first high school in Tennessee. The campers met over Zoom, where their activities ranged from leadership lessons based on characters in This Promise of Change to a spelling bee — all using vocabulary from the book.

West said there were about 15 to 17 learners this year, and while that number was a little lower than normal, the camp did have the opportunity to reach youth who Learners Are Leaders didn’t previously know. “It was amazing,” West said. “They were so close-knit, and they really got to know each other well.”

And despite the initial challenges in transitioning to virtual programming, West couldn’t be happier with how the camp turned out. Parents mentioned that they felt the experience would help their children navigate the upcoming school year, and feedback from the learners themselves has been overwhelmingly positive — 50 percent even said they’d prefer an online camp next summer.

Getting that data has made West consider incorporating a virtual element into Learners Are Leaders programming going forward. It’s a marked change from the beginning of summer when the camp was in doubt. West said she couldn’t have asked for anything more from the experience and offered up advice to anyone else feeling the same nerves she did. “Don’t be afraid,” she said. “Step outside the box.”

Looking ahead, West hopes to stay in touch with her campers from this year and see how they’re incorporating some of the things they discussed this summer throughout the school year. “That’s the goal,” she said. “I told them, ‘Hey, guys, this wasn’t just for summer camp. This is for life.’”