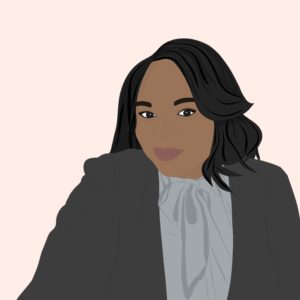 For Ernanda White, an unexpected layoff from her job in tech turned into an exciting opportunity to uncover a hidden passion.

After being let go from her job in January, she took some time to consider what she wanted to do. It was while planning that next step that she was asked to give a presentation at the Denton Black Film Festival Interactive Expo. White assumed the topic would be something related to data analytics in film, but it turned out to be something broader — a look at tech, including robotics and drones, in the industry. 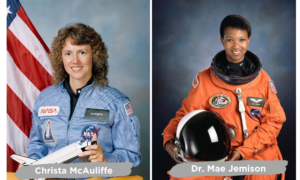 Growing up, White loved aviation and was inspired by Christa McAuliffe, the teacher and astronaut who lost her life during the 1986 Challenger mission, and Dr. Mae Jemison, the first African American woman to go to space.

But, like many young women, she was steered away from those interests. “We’re told that it’s not what girls do — become a nurse or teacher; pursue a more woman’s defined role in the workplace,” she said. “We [women of color] oftentimes don’t have the representation to see the things we wish to be.”

Diving into research for her presentation reignited a passion and sparked an idea. Leaning on her experiences from working in the tech industry, she continued to research and launched Black Girls Drone. “That was the representation that I wanted, and that was the lack of visibility that I saw.”

Black Girls Drone Inc., which was officially incorporated in August, focuses on STEAM equality, education and visibility for underrepresented women and girls from underserved communities with aeronautical education training for the designation of FAA-certified UAV drone pilots.

Increasingly used in arenas like construction, delivery, and search and rescue, drones are a $22 billion industry. It’s a lucrative career path with plenty of room for growth — but it lacks diversity. Of the 386,000 certified drone pilots, less than 5.8 percent are women, and less than 3 percent are women of color. “It’s a lot of opportunity,” she said, “but what good is that without diversity?” 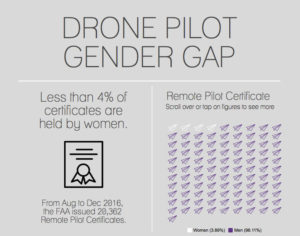 When White launched Black Girls Drone in January 2020, she was determined to close that gap in the industry. She immediately got to work, ramping up the organization’s digital presence and making connections. But as COVID-19 reached the U.S., her plans came screeching to a halt. “I was like, Oh, my gosh. What am I going to do?” she said. “I was very frantic. But in my heart, I just knew that this couldn’t be the end.”

After taking a moment to gather herself, White realized that there were still opportunities to connect with resources online. She pivoted to utilizing that platform — reaching out to potential sponsors and partners and attending as many online events as possible. And after securing 15 seats in Zephyr’s drone flight simulator, she was ready for summer camp.

Black Girls Drone’s summer programming ran from June 15 to August 11, with a jam-packed schedule. Learners experienced the drone simulators and were introduced to coding through Java and Python. They virtually visited a wealth of places, including the White House, the National Air and Space Museum and the Intrepid Museum. Rachel Jacobson, who was announced as the president of the Drone Racing League in April, spoke to the class. Learners also designed two camp T-shirts and built both a chatbot and their own drone camp websites.

What started as a pivot — a move from in-person programming to online learning — has become a permanent part of Black Girls Drone.

For other organizations who are planning virtual programming, whether from the get-go or as part of a transition, White offered one main piece of advice. “Jump right in.” Utilize free platforms and software that are available, and always keep your audience and end-users in mind. The priority should be something easily accessible that promotes connectivity.

After a successful summer, there’s more in the works for White’s passion project: A mobile app is on the way, and the organization recently started a partnership with Girls Who Code.

And despite the changes and pivots along the way, the goal for Black Girls Drone has always remained the same: to close the gap in the industry. “Black Girls Drone definitely wants to change that narrative,” White said. “And that’s what we’re here to do: to empower, to educate, to motivate women of color to join the drone industry.”